A friend introduced me to this site as they were blogging a current trip but when I came across the 'Map' functions, thought this is a great way to show ones major trips (for us) that we have taken over the years.

So, I have now mapped the trips since July 2015 and went backwards to August 2001 for the moment just to record those major trips as they show our cruising ventures.


I retired recently, well actually in 2010 after 3 years consulting and started a blog on cruising as we enjoy that part of travel which is at; 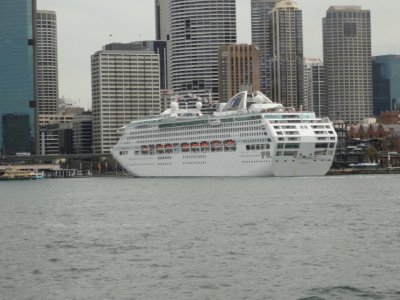 Have also included some pictures.

Will update details as I move along with more information.

Our trip to Barbados February 19 to March 29, 2013 was wonderful and this time in Executive Class on the Boeing 767 -200 we got to experience those flat seats that allow you to sleep or sit in any favourite position.
We stayed in Toronto both ways to break up the trip from Victoria at the Sheraton Gatwway Hotel Terminal 3 but the auto rail link was being renovated and expended so they now provoide a bus between terminals. Though the service is free, the exit and enterance points are not fully level with the sidewalk. Which means you have to lug your 50 lb luggage onboard, Least the wheels help